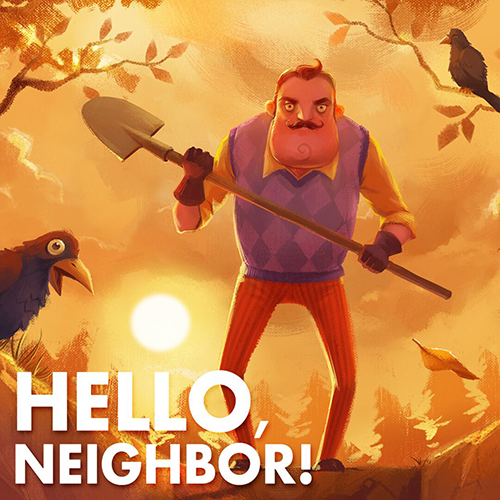 Description :
Hello Neighbor is an interactive horror movie, in which you need to act secretly. Penetrate into the house of your eerie neighbor and find out what terrible secrets are stored in the basement. Your opponent is an advanced artificial intelligence that learns by monitoring your actions. Do you like to get into the house through the window? Do not be surprised if under it suddenly there is a trap. Do you often use the main entrance? Soon there will be surveillance cameras. Trying to escape? A neighbor will find the shortest way to get ahead and catch you.
Update v1.2
Below you can find the CHANGELOG:
- The game's been updated to Unreal Engine 4.19.1
- The save system has been fully reworked
- Manual saves are now an option.
- Auto-saving has been improved
- Fixed an error in the Neighbor's animation when catching the player
- Fixed an issue when the Neighbor wouldn't properly chase you on train tracks
- Lots of work put into game performance optimization
- The AI navigation mesh has been optimized, so when you're moving objects around the house, the CPU impact is significantly lower.
- Assets have been reworked and optimized, which also leads to less CPU usage
Game Features
THIS HORROR
The game is an atmospheric horror (no cheap tricks like sharp sounds and the like), in which you will have to enter the house of your mysterious neighbor.
Artificial Intelligence An
inventive opponent is the advanced artificial intelligence of a neighbor remembers your actions and learns to resist you.
A FREE WORLD
Gameplay based on physics and free interaction with the environment
Features of RePack
Find out and play!
The basis is taken license Steam (ID: 521890)
Game version: v1.2
EN / EN Installer
Running the game from the desktop
Change the language in the game menu
Audio Quality 100%
Video Quality 100%
System requirements :
OS : Windows 7, 8.1, 10
Processor : i5 and up
Memory : 6 GB RAM
Graphics Card : GTX 770 and up
Disk space : 5 GB
Sound card : Stereo. Play with good stereo.