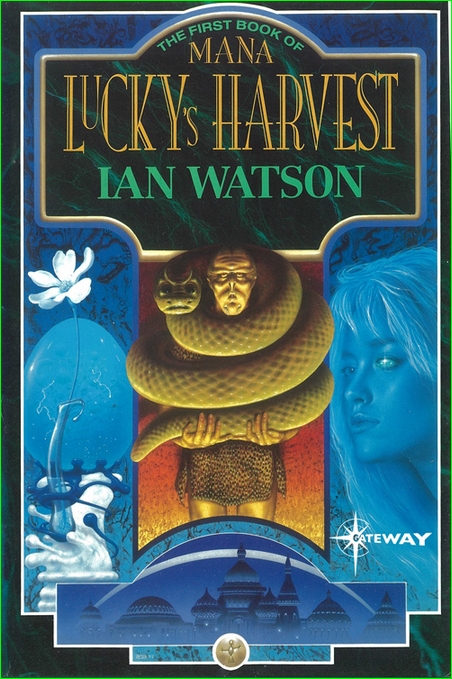 
When she was a young girl Lucky belonged to a space-going mining commune which came upon an asteroid whose caves concealed the bones of serpentine aliens and humanoids. It was Lucky who discovered that the rock was an Ukko, a mysterious entity which would respond to stories told to it.Centuries later Lucky, altered by the Ukko, is still alive, though capricious and sometimes crazy. By mating with her, her consort Bertel has had his life prolonged for centuries, as will the men who first bed her daughters - Lucky's harvest.
Download