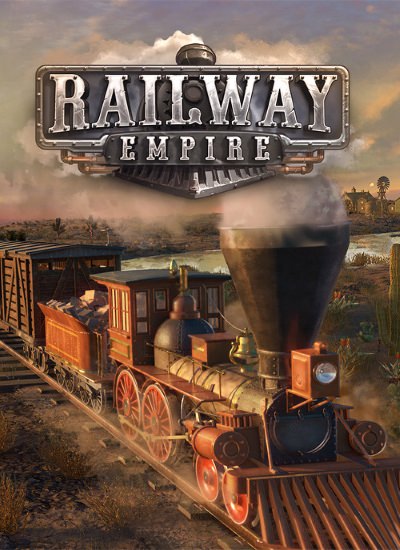 Description :
United States of America, 1830. The influence of the New World is growing - the industry is on the rise, the struggle for control over the transport arteries of North America is becoming more acute. The time has come for decisive action - to surpass and overcome competitors in a difficult struggle, to create an extensive network of railways and to ensure the brilliant future of their company in the coming twentieth century. In the Railway Empire, players have to build a carefully thought-out and coordinated railway system, purchase rolling stock (more than 40 reconstructed trains), acquire existing or build new stations, repair shops, factories and tourist attractions.
Features:
Benefit from the huge economic potential of the United States, step by step moving from one coast to the other.
Bring your railway empire to prosperity by creating a developed effective network and optimizing traffic flows.
Prove your effectiveness by trying one of the proposed scenarios, or create a railway network of your dreams in the mode of free construction.
More than 40 in detail recreated locomotives and more than 30 different wagons. Skillfully use their advantages and disadvantages to achieve the goal.
Within five eras, you will master and implement more than 300 technological innovations that contribute to the development of railways.
Fight for survival and eliminate rivals in business. You will be confronted by three competing companies. Sabotiruyte their work with the help of raiders and spies.
The function "Ride Along" allows you to explore your rail network and beautiful landscapes from the driver's cab from the perspective of the first person.
DLC:
Railway Empire - Pre-Purchase DLC
Railway Empire - Mexico
Railway Empire - The Great Lakes
Installation:
1. Mount the image and install the game, following the instructions of the installation program.
2. The contents of the CODEX folder (on the image) will be copied to the folder with the game installed.
3. Play.
System requirements :
? Operating system : Windows Vista / 7/8/10 (64 bit)
? Processor :Intel Core i5 750 2.6 GHz / AMD Phenom II X4 3.2 GHz
? RAM : 4 GB RAM
? Video card : nVidia GeForce GTX460 / AMD Radeon HD5870 with 2 GB of video memory and support for Shader Model 5.0
? Sound Card : Sound device, compatible with DirectX ® 11
? Free space on the hard disk : 8 GB