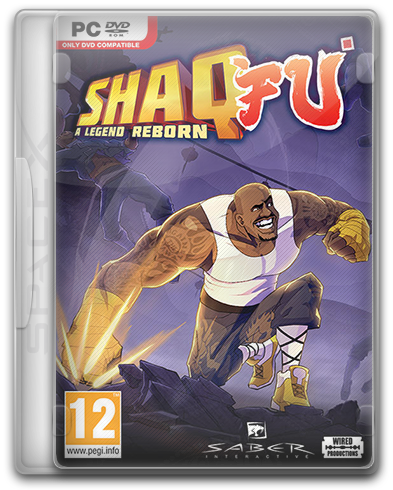 Description:
Shaq Fu: A Legend Reborn - this is a fighting game with the main character in the image of Shaquille O'Neill. The world stands on the brink of disaster. Celebrities have shown their true face and sinister intentions: they are brainwashing people to seize power on the planet. Only one person can save us - a tall Chinese orphan Shak Fei Hun. Shak was trained by the master of kung fu and now must go to the most dangerous corners of the planet to fight evil. Such is his fate, for he is the chosen one.
Features:
Eat
Chaos Sayte chaos and administer justice, visit the slums of China, the plantations of South America, the streets of Los Angeles, the island of Fiji and even the hell itself.
LISTEN TO THE VOICE
Listen to the voice of the inimitable Shaquille O'Neill. Fight with powerful foreign celebrities. Battles with bosses will not leave you indifferent!
BIG DIESEL
Turn into the legendary Big Diesel or Shaktus to destroy enemies in crowds.
Installation:
1. Install the game
2. Copy the contents of the SKIDROW folder to the folder with the game installed, replace.
3. Play
System requirements:
? Operating system: Windows 7/8/10 (x64)
? Processor: Intel Core i3-530 / AMD Athlon II X4 640
? RAM: 4 GB
? Video card: GeForce GT 630 / Radeon R7 240
? Sound card: Compatible with DirectX 9.0c
? Free space on the hard disk: 3 GB