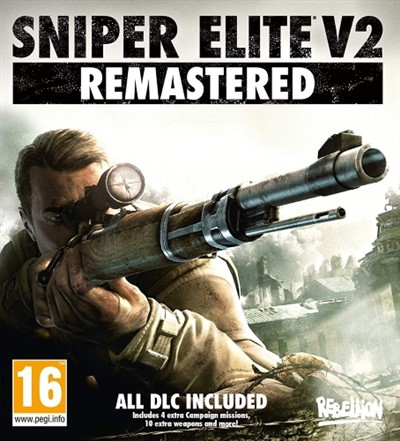 You are the elite US sniper, Carl Fairborn, abandoned to Berlin, where the Germans' last line of defense is located.
Your task is not to let the V-2 rocket fall into the hands of the Nazi secret technology in the Red Army. You must help the chief scientists who tend to flip over to the side of the United States, and eliminate all those who stand in your way.
Sneakiness is your everything, because you will be between the hammer and the anvil of two armies in the race for time. Use original weapons, track down targets, equip your position, plan shots and use all your skills, composure and cunning to accomplish your mission.
Completely new graphics and imaging technology make the detail of the x-ray killing chamber truly incredible. You will appreciate the enormous destructive power of your bullet when it enters the body of the enemy.
The entire downloadable content comes into play, so take the fate of the war into your own hands and take on the Fuhrer himself.
Game features
All downloadable content - take part in the well-known mission "Elimination of the Fuhrer." Plunge into battle on new fronts in three new campaign levels. Track down enemies with many types of legendary weapons, including rifles "Lee-Enfield" MK III, M1D "Garand", M1 carbine and much more.
Photo mode - pause the game and view the frame-by-frame fight, select the camera position, apply a filter, adjust the lighting and take incredible frames to share with the community. This also includes pictures of your incredible hits with an x-ray killing camera.
Updated graphics- New imaging and post-processing mechanisms, improved geometry, textures and particle levels, as well as a reworked lighting system and 4K support will make the battlefield incredibly realistic. New game characters - for the first time you have the opportunity to go through a campaign and play in multiplayer mode with one of 7 new characters from the Rebellion Zombie Army game series.
* On the way X: \ Sniper Elite V2 Remastered in the file steam_emu.ini change the line Language = english to Language = russian
Minimum system requirements :
- Requires 64-bit processor and operating system
- OS: Windows 7 SP1, 64-bit
- Processor: Intel CPU Core i3-2100 or AMD A8-5600K
- RAM: 4 GB RAM
- Video card: AMD Radeon HD 5570 (2GB) or NVIDIA GeForce GTX 650 (2GB)
- DirectX: Version 11
- Disk space: 13 GB 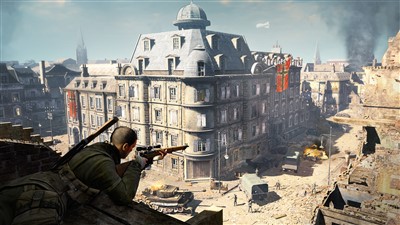 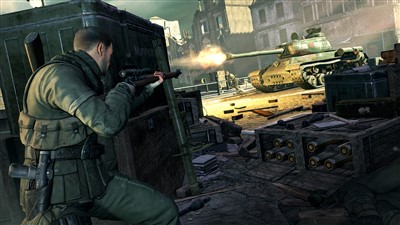 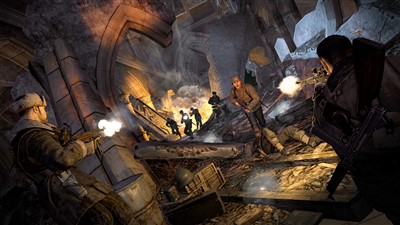